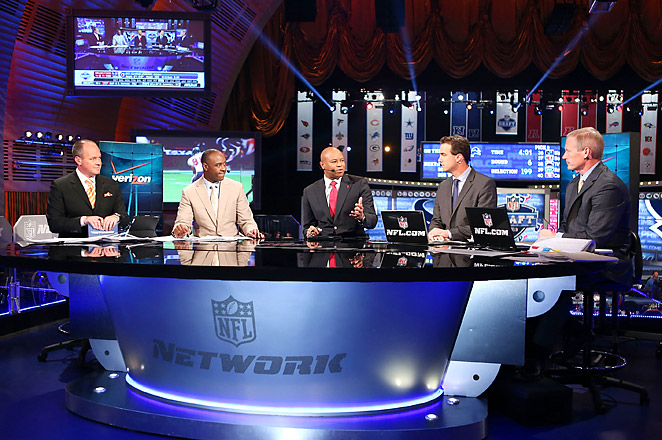 The NFL Network is a US sports channel owned by the National Football League and dedicated to American football. The NFL is a gigantic enterprise with viewership growing by leaps and bounds every year. The ratings have gone through the roof in recent years with the super bowl attracting over 100 million eyeballs. With those kind of numbers it makes the $100 million investment by the NFL to fund the network’s operations, back in 2003, a worthwhile investment.

The popularity of the NFL continues to grow as the NFL Network provides football fans with the latest, up to the minute headlines, highlights, news and analysis by expert sportscasters and former players and coaches. The network hosts classic NFL games, NFL news and reviews, scoreboards, and extensive NFL draft coverage.

Additionally, the NFL Network offers college football coverage like the senior bowl and the scouting combine. Football fans can access the NFL Network live stream on television if their cable or satellite TV providers offer an inclusive package, as well as over the internet.

How to stream the NFL Network online 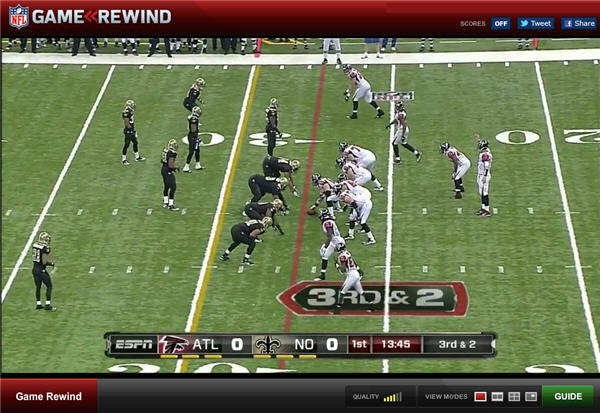 If your TV subscription includes the “Watch NFL Network” via Optimum, Cox, Verizon FiOS, or AT&T U-verse, you can authenticate with your cable/satellite TV provider credentials to watch the NFL Network live online, including Thursday Night Football. Users with an iPad can access the service via the Watch NFL Network iOS app.

The NFL Network offers 24/7 football LIVE stream, so all you have to do is look at the schedules to find the specific time when your favorite game will be streaming. Other content available on NFLN include Live NFL games, Live coverage of NFL events, and NFL Network shows including prime-time football, NFL Films Programming, best daily football recap shows, best pre and post game shows, and an Emmy award-winning series.

NFL Network streaming within the US

Fans within the US, Canada, Mexico, and US commonwealths, territories and possessions, who are subscribed to participating providers, can access the NFL Network and the NFL RedZone live streams on their PCs and mobile devices running on Android and iOS. Fans can also checkout video clips from NFLN by going to http://NFL.com/videos.

It is important to note that DIRECTV offers competitively priced subscription services for watching the NFL Network online for free or on your TV, or even on the go, from your mobile device via the DIRECTV iPad app.

Accessing the NFL Network stream outside the US

If you find yourself outside the United States when your favorite football team is playing, there are a few websites that you find streaming the game live, but the quality may not necessarily be appealing. So, what other options are available?

People outside the US, Mexico, Canada, and all US commonwealths, possessions, and territories can access the NFL Network live streaming via the NFL Network Online portal? All that you require is a subscription on NFL.com to gain access to all NFL Network content, including all HD and award-winning programming, right on your PC or Mac.

To access the NFL Network Online stream, you must create a valid NFL.com account, and subscribe to one of the products found on https://network.nfl.com. Users have three subscription packages to choose from:

• 3 for 2: this package requires fans to pay $9.98 for 2 months of access to the NFL Network, and get free streaming on the third month. The subscription includes 24/7 live NFL Network streaming with DVR controls for every paid month.

Usually, the subscription is renewed automatically on a month-to-month basis, at the published rate, after the three-month subscription is over. If you do not want the automatic monthly renewal, you should send a message via http://nfl.com/subscriptionsupport or an email to nflonline.support@nfl.com.

• Monthly subscription; fans are required to pay $4.99 to gain total access to NFLN for a full month. Fans have access to the same events as for the “3 for 2” seasons, for every month that you renew the package.

• Annual subscription: for $49.99, fans can gain access to full coverage of all NFL events and the latest news for a whole year.

While fans outside the US can watch NFL Network live on NFLN Online, the channel does not offer on-demand content. Instead, users can use the DVR controls to rewind up to 2 hours – back into the live stream – to view missed programs. Additionally, the NFLN Online subscription does not offer mobile device – tablet and smartphone – access via any of NFL’s mobile applications, yet. 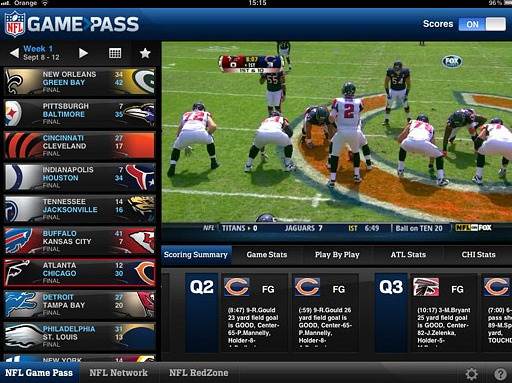 Like NFL Network Online, the NFL Game pass allows fans outside the US (and other regions mentioned before) to access the NFL Network stream and watch every NFL game online live, or on-demand in HD. The NFL Game Pass offers multiple-game viewing modes, DVR controls, and a variety of other advanced features.

With the NFL Game Pass, fans can access live NFL Network stream for free, as well as the live NFL RedZone streams of every game on Sunday afternoons. Additionally, fans can stream full NFL game replays on their PC or Mac in about 30 minutes, owing to the Condensed Game feature. A great feature of the NFL Game Pass is the option for fans to watch games online from Coaches Film camera angles – including the All-22 angle – and a variety of other exclusive viewpoints.

You can access the NFL Network using multiple devices including Android and iOS tablets and smartphones, and Windows 8. NFL Game Pass has been optimized for these devices, though it does necessarily mean that the service will not function properly on other devices.

For the $39.99 subscription, you can watch full replays of all 2013 Playoff games, Regular Season, and Preseason games, get 24/7 access to NFL Network Live, and stream full replays of any game between 2009 and 2012 for the whole Offseason. Additionally, fans can access games from 3rd Feb 2014 through 31 July 2014. Live and on-demand Preseason NFL games are included in the NFL Game Pass subscription.

Fans should note that additional blackout restrictions apply in the UK, the republic of Ireland, and Canada, though NFL Network is not available in Canada via NFL Game Pass.