The SEC Network is a new 24-hour TV channel developed by the Southeastern Conference and ESPN that was launched on August 14th, 2014. More than half of SECN programming will be available on digital platforms, which means that fans will be able to access the SEC Network live stream online.

This is the first kind of partnership between a highly competitive conference and the most innovative production overall media partner in the sports industry, to ensure the highest quality production value, with a look and feel that is consistent with other ESPN networks. Many conference networks have tried to land distribution rights, but only AT&T U-verse, DirecTV, Comcast, Time Warner and DISH are currently allowed to distribute the network. The target distribution is primarily in the 11 SEC States, with other places receiving ESPNU-like coverage.

How to stream SEC Network online 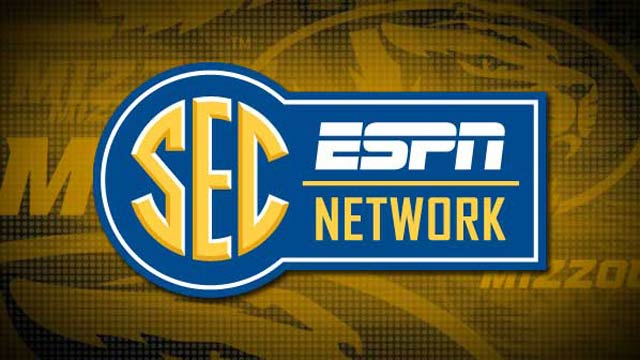 SEC programming will be available online to all users who receive the network from their cable, satellite, or telco providers. This way, all you have to do is request a username and password from the affiliated carrier, which will allow you to gain access to the SECN content on your PC, tablet, smartphone (e.i. iphone, android), or any other device, like Xbox and ipad.

SEC network intends to make their content available to fans anywhere and anytime, in a similar manner to how WatchESPN works. If you are concerned that you will no longer be able to watch your favorite team’s games online at SEC school athletics website, then you should know that the network will carry all sports in its 14 member institutions. This means that any games produced in these schools will be aired on the SEC network, either on TV or their digital extensions.

To ensure that you get the SEC Network in time for the 2014-15 football season, fans are encouraged to visit GetSECNetwork.com to find out all vital information about the new channel, and also contact their satellite or cable carrier to find out if they are allowed to distribute the network. Currently, the known distributors include Google Fiber, AT&T U-verse, and DISH, though it may be available in other cable, satellite, and telco distributors before the launch.

While SEC games will be exclusive to the network, fans will still be able to stream SEC network free on Justin TV, Veetle, and Ustream. These sites allow subscribed users to stream videos onto the site from their TVs, PCs or mobile devices so that others can access them for free.

Since the service is offered online, fans can watch SEC network online on their PCs, Mac, or mobile devices. Unfortunately, the quality of the feed depends on the quality and sophistication of equipment used by the user to broadcast the event. Additionally, the popularity of these sites may cause the streams to be shut down during the event, but it is still worth a try to access SEC network streaming for free.

The content will also include coverage of classic games, spring football games and signing and pro days, and studio shows like SEC Nation, which is a weekly, two-hour travelling pre-game show with highlights, features, game previews, and the sights and sounds of game day in the SEC.

Studio original shows will also include a daily sports news program that is similar to SportsCenter; SEC Storied, which is a series from ESPN Films examining the rich athletic recent and distant history and traditions of SEC; and the Paul Finebaum Show, which is a daily, four-hour show where the presenter shares compelling opinions on SEC football through interaction with callers coupled with his deep knowledge of the Southeastern Conference.

Basically, fans will be able to view about 1,000 live events every year, with 450 of these on the network, and the remaining ones on digital media. This implies that fans who wish to watch SEC network online will have access to about 550 games available on the digital platforms that will comprise an outlet that is similar to ESPN3, in addition to a live linear stream of the TV network. This content will only be available to network subscribers across multiple devices.

CBS will be allowed to pick the game-of-the week, though it will not have an exclusive time window. Besides that, ESPN and SEC will split between SECN, ESPN, and ESPNU. Schools within the conference will produce some original programming themselves, with the network working with university journalism departments to shoot on-campuses. Additionally, SEC Network will be allowed to re-air events broadcast on other ESPN networks and CBS.

Schools in the SEC include:

The SEC Network will be located in Charlotte, N.C., although there are no SEC teams here. This is because the location will offer the network an opportunity to utilize ESPN’s existing, state-of-the-art production facility efficiently, with support from all ESPN resources in Bristol, Conn.

Additionally, NC is easily reached from across the SEC Footprint, which is essential for enhancing the ability of each campus to produce live events locally, and promoting equitable exposure for each of the 14 institutions within the SEC.