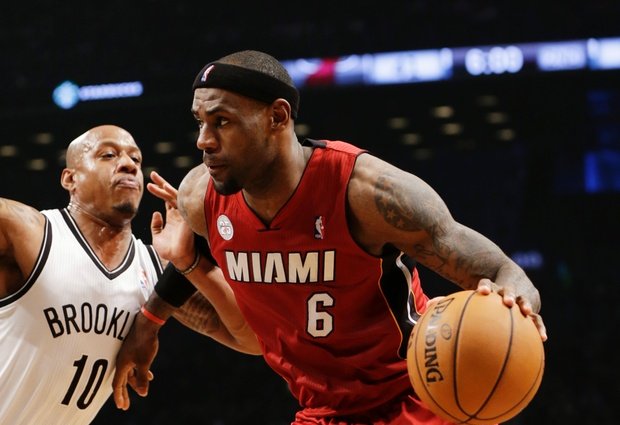 The main reason why so many people are on the fence about cutting the cord on cable is because they think that they won’t be able to watch all of the sports shows they’re used to watching with cable.

Well, this guide will go over exactly how anyone with an internet connection can watch any sporting event that is broadcasted on cable television. But keep in mind that with any service you sign up for, there may be some blackout restrictions that may prevent you from watching local games. It’s rare but it does happen sometimes.

If you want to watch sports news, that’s not a problem! You can easily get the latest updates, stats and scores extremely easily without having a cable subscription. If you are currently subscribed to Sling TV (which is one of the best online streaming services on the market), then you can simply tune into ESPN because it’s one of the featured channels that comes with the basic channel lineup.

The awesome thing about ESPN is that there is always a scrollbar at the bottom of the screen that displays the latest scores from any basketball games, football games, baseball games or any games that are currently being played. They also are always going over scores and highlights at the top of each hour.

But if you’re not a member of Sling TV for whatever reason (you can try it for free), then another great alternative is DirecTV now or 120 Sports. 120 Sports is a digital broadcasting network that makes it easy to follow your favorite teams because they break up all of the latest sporting news and highlights into 2-minute segments.

You can easily search for the latest stories by clicking on tags, or you can use the built-in search feature. You can also use the news roll feature. And the best feature about 120 Sports is that it’s absolutely free of charge! And it’s also available for any Android and iOS powered device.

Another great option is Hulu or Playstation Vue streaming service. Sony’s Playstation Vue is really a great service especially for those of you who have a Playstation 3 or 4 gaming console. The basic package (known as Access Slim) features an impressive 55 channels and it only costs $29 per month (Try Vue for free for 7 days).

And for those of you who loves to watch sporting shows, ESPN is one of the channels that is included with the base package. Compared to Sling TV, it cost $10 more but it comes with many more channels. But you’re getting a great deal no matter which service you sign up for.

For those of you who are into watching NFL football games every week, not much is different regarding being able to watch every game that is played on one of the major networks including CBS or FOX. Most of the games that are played in the AFC conference is aired on CBS.

They also usually air a few of the Thursday night games throughout the season. As for the NFC, FOX usually is the Network that handles that conference. And as for the Sunday games, NBC is usually the conference that handles that. Fortunately, all of those channels are available locally and can be seen for those who have an OTA antenna. These antennas are usually available at most electronic stores and cost about $45 on average.

ESPN is the channel that airs the games that are aired on Monday nights. So unfortunately because that is a channel that is featured on cable television, you wont be able to view this channel with an antenna. But you can easily watch ESPN and any other major sports channel with a streaming service such as Sling TV or DirecTV Now.

Prices on Sling start at just $20 per month, you get complete access to more than 20 popular channels with ESPN being one of the main featured ones. It may seem a bit pricey for those of you who want to watch it just for football, but outside of displaying football games, you can watch many sports shows that usually goes over the highlights and scores of all of the games played.

Also at the beginning of every NFL season, the Redzone channel will be included in the blue package with Sling TV. This is one of the most popular channels for sports fanatics. For those of you who are new to RedZone, basically it’s a channel that shows every single scoring play from every game played that weekend. And best of all, there are no commercials. So, if you’re really into watching football, or if you’re a fan of fantasy football, then do yourself a favor and get Sling TV and RedZone today! You will definitely not be disappointed.

Another option for those of you who are really into watching football every week is NFL Game Pass. This is the best option for those of you who are currently signed up with another streaming service but are unable to watch some games due to blackouts in the area. For just $99 a year you can watch every single football game that is played. Plus you get access to plenty of extras such as the ability to watch any game that was played in the last 8 years. This is an amazing offer and it gets even better because for now you can get a free trial to test the service out for a week.

And by signing up with DirecTV Now or Sling TV, you can instant access to all the ESPN channels and at the low price of just $20 a month. And as we stated earlier, you can also go with the Playstation Vue for watching college football games, but the only downside is that it is $10 more expensive then Sling TV. So if saving money is really important, then it may or may not be worth it.

But if you do decide to go with the Playstation Vue streaming service, you have a few extras you can easily add to your account to make watching college football even more enjoyable. For example, there is the Sports Extra package you can add for just an extra $5 a month.

And if you like watching minor teams play, you can add the Sports Live package for just $10 extra per month. And for those of you who want to watch college football games without signing up for any type of online streaming service, luckily you can watch the games with an OTA antenna. Channels such as FOX, ABC and CBS usually air a few games each week. So you may not be able to watch as many games as you can with Sling TV or Playstation Vue, but atleast you’ll be able to watch a few.

The 2 main networks that broadcasts the majority of baseball games are TBS and ESPN. And both of these channels are included with the basic Sling TV package. ESPN typically airs about 3 baseball games per week (Sunday, Monday and Wednesday).

And besides regular games, ESPN broadcasts exhibition games as well, including the celebrity game. TBS usually airs just one game which they broadcast on Sundays. But because they don’t have exclusive rights to air the game, some local markets may not be able to watch the game. And lastly, there’s FOX who broadcasts only about 12 games per year.

Now while Sling TV is a good option, those of you who are really into watching baseball might be better off with MLB.TV. You can watch all of the games that are not excluded due to blackout reasons. In previous years there was a problem with lots of games being blacked out. But recently due to some rule changes, there are quite a few teams that lifted the blackout rules.

Typically every NBA season, games are shown on only 3 networks: TNT, ABC and ESPN. But most of them are shows on TNT and ESPN. And if you’re a cable cutter who enjoys watching basketball games every night, then Sling TV is your best option and it will only cost you $20 a month.

Having ESPN, you get to see all of the exciting regular season games, the playoffs, the Draft and the Draft Lottery. For most people TNT is the best channel for basketball, mainly because they have awesome pre-game shows and amazing announcers.

Another reason why people like when games are broadcasted on TNT is because you get to watch them for free on TNT Overtime. TNT Overtime is a service provided by TNT that enables viewers to watch the game from multiple camera angles. You have the ability to choose which angle you like best, and you can also watch the single player cams. Single player cams are cameras that only show one player throughout the entire game. This is a very cool feature because you get to see how players interact with each other during timeouts and commercial breaks.

Another option for watching NBA games online is with NBA League Pass. This streaming service allows you to watch every single game every night. Plus you get access to the NBA “vault” which features tons of games dating back decades.

This service is $200 per season, but if you want to follow just one team instead of all teams, then the price drops down to $120 per season. And if you’re the type of person who only wants to watch the “major” NBA games every season, NBA League Pass has an option where you can purchase single games for just $7. This is a great deal for those who are fans of the NBA, but don’t really have a favorite team.

While you can watch a few college basketball games every season simply by using an OTA antenna, the best way to watch the games is with an online streaming service that has ESPN such as Sling TV. If you’re a cable cutter, but want to catch plenty of college hoops, then subscribing to Sling TV is your best option. And best of all, it only cost $20 per month, making it one of the most affordable streaming services on the market. And not only do you get access to ESPN, but you can watch other sports channels including ESPN 2, TNT and TBS. So not only can you watch all of the regular season games, but you’ll also be able to watch most of the March Madness games as well.

For Soccer you have a few options. You can watch about 34 MLS games per season with just an OTA antenna. You’ll also be able to watch the all star game and a few playoff games. With FuboTV (at $7 per month), you can watch games from several different leagues including LIGA and LFP. You also get access to Soccer channels such as GOLTV and beIN Sports. With MLS live, you can watch most MLS games. It only cost $65 a year and has a limited amount of blackout rules. And with Fox Soccer GO 2 (at just $19 a month), you get access to 1,200+ international games.

For those of you who are into watching golf, Sling TV is a great option. You’ll be able to watch all of the major tournaments including The U.S. Open, The Masters. and the Open Championship. You can catch a few tournaments with an OTA antenna, but for complete coverage of all the tournaments every year, Sling TV is the way to go.

If you’re a Tennis fan, using an OTA Antenna only gives you access to the French Open. But with Sling TV, you can watch all of the major Tennis tournaments including the Australian Open, Wimbledon and also the Championships. This is a great deal for just $20 a month. But if you want even more coverage, you can subscribe to Tennis TV. With Tennis TV, you can watch more than 2000 Tennis matches every year. You can also watch on-demand matches for up to 1 week after the match airs on television. Tennis TV is just $20 per month, or you can save some money by signing up annually for just $130.